I have been looking for a beautiful Summer poem in French for a few weeks  and have decided upon this poem below as the starting point from which to create a picture depiction of the poem, a text in which to identify nouns, adjectives and verbs and a platform from which to build an "alter-ego" children's version of a poem about Summer. You can see how I use this poem below and the activities to then support children to create their own Summer's day at the seaside poems.

The work hinges upon the fact that Summer for adults- especially teachers - is a time for peace and quiet but for children let's hope it's a time when they can get outside, run around and go to the seaside!

Here is the original poem,which paints a picture of a calm Summer's day in the countryside.
Here is a picture to set the scene for the children before you read the poem with them.

Here are the initial steps to understand the original poem and in my next blog I will explain how you can then use this poem as a platform to create your noisy day at the beach poem.

Step by step we can take the poem above and create our own Summer's day poem  painting .Here is how it works!

Step Two
Tell the children that in the text  five nouns are mentioned (Summer,bird,grass,air and wheat). Can they use their "language detective" skills to identify these nouns?Ask the children what we might expect to see written before a noun in French to represent the word "the" and explain this may be the first easiest way in this poem to locate the nouns in this text. Ask them to find the nouns and work out their meaning by a process of elimination:
Step Three


Can we paint our Summer's Day ?
Give each child the text and coloured pencils.
Agree on colours for the five nouns. Colours that the children associate with the nouns (perhaps yellow for Summer/brown for a bird/ pale green for the grass/blue for the air and golden orange for the fields)
Ask the children to highlight the nouns in the correct colours .

Step Four
Let's zoom in:on adjectives
First let's zoom in on adjectives in the second verse!
Can the children tell you what type of word helps us to learn more about a noun and adds description (adjectives)?
Ask the class to identify and  then look up the adjectives in the second verse of the text using bi-lingual dictionaries Are any of the adjectives challenging to understand ?Can they find them if they look for the verbs the adjectives originate from ?Remind them that this is a poem and therefore we need to remember the poet is using adjectives creatively to paint a picture.
Take feedback about the  descriptions of the nouns the children think the poet is creating with the use of adjectives.

Step Five
Let's zoom in:on verbs
Have the children noticed that the poem is made up of three sentences? Each sentence is a verse of the poem and paints a picture of an aspect of a quiet peaceful Summer's Day.Now let's look for the verbs in these sentences .Either reveal or write each verse as a long sentence.Can the children find the words they now know in each sentence. Can the identify the verbs.


Step Six
Read the poem for the children again.
The class and yourself are now going to try and create a spoken picture of the poet's descriptions.
Step Seven
Give each child one of the sentences from the poem and ask them to create a coloured drawing of their sentence, depicting in their opinion the picture the poet's words describe.
With the finished pictures create a display of the poem - each child's picture is a component of one of three "snapshots" of either verse one/two or three.
Add the text to each of the "snapshots" of your "quiet Summer's Day" 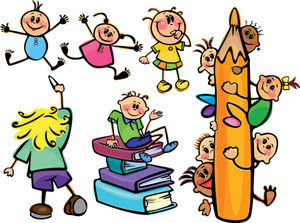 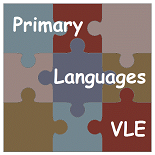 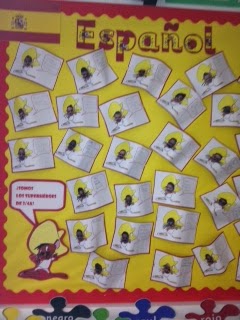